With over 100 million accounts, Steam has grown into one of the largest digital content distributors in the world. I can still remember when it was first released, with it’s endless crashes and loading times. Lots of haters said Steam would never be better than WON. Of course the haters were wrong, Steam was a brilliant way to gather PC gamers into one platform, but now that Steam is the top dog, it faces a different problem: too much content. Every two-bit developer who wants to make a quick buck pushes their slop onto Steam knowing there’s a chance some bored gamer will pick up a purposely over-priced game the next time it goes on sale, thinking, “Now there’s a good deal!”

In order to be good gamer today, the most important skill isn’t knowing how to play a game, but knowing what games not to play. Just like how a woman must filter out hundreds of possible suitors when selecting her husband, so too must gamers develop a discerning eye lest they want to waste their money, and more importantly, time, on unworthy excuses for a video game. Here are some strategies you can use to avoid the bad ones.

1. It’s a console shooter ported to the PC

It’s no secret that PC first-person shooters have superior control schemes with a keyboard and mouse, as compared to the console’s controller. Controllers lack any way to turn your character around quickly or make precision aim. So the only way to make the FPS genre fun for consoles is if the game is made very, very easy to compensate for the slower controls. Enemies that take forever to shoot back at you, level design that generally keep everything in a short field of view so the player does not get surrounded by enemies, and weapons that are not difficult to aim. Some console shooters even have built in aimbots!

Regardless, if you’re a PC gamer and you’ve played games (and their sequels) ranging from Quake, Half-Life, Team Fortress, to Counter-Strike, playing a console shooter is a joke. You will experience no challenge. You will beat the game in under 10-20 hours, and the game is usually overpriced as hell since FPS games are expensive to create.

A great example of this is Dishonored, a game which got rave reviews despite taking less than 15 hours for the average PC gamer to complete because of it’s “cool stealth gameplay.” I’m sure on a console Dishonored may have been a somewhat challenging game due the terribleness of playing FPS’s on a controller, but on PC Dishonored is a below-average game because it lacks any sort of challenge.

Dishonored: A crouch simulator (stealth mode = crouching) with wallhacks, point and click one-hit kill weapons, and spells that kill everyone with a button press.

Likewise, Bioshock and it’s sequels were all crappy PC ports that were already easy on console, but a stupid waste of time with a mouse and keyboard. The FPS genre is my overall favorite genre, and it is not easy for most developers to make a good FPS game. I know this because I have played nearly all the major shooters, and some of the worst games I’ve ever played were console shooters. Another example of a crappy FPS console port: The Darkness II.

Do yourself a favor and approach any console shooter port to the PC with extreme skepticism, and really scrutinize the negative reviews the game gets on the Steam user reviews section. Dishonored has a 97% approval rating, which is proof that the masses are hungry for any sort of FPS game nowadays as the modern FPS genre remains comatose since 2011. Practically the only good FPS games since then have been melee combat games, but going into these reasons are an entirely separate article.

2. It’s described as a “Visual Novel”

Quite often as one browses through Steam’s sales, they will come across a game described as “brilliant masterpiece,” or an “eye-opening trendsetter” and other similarly ridiculous lavish praise. For example, if you saw a picture of Brothers — A Tale of Two Sons you might be really interested:

Wow, what is this amazing looking game? Oh wait, it’s not really a game.

But upon a bit of digging you’ll find out in the user reviews that despite receiving overwhelmingly positive reviews (96% recommend on Steam), the few negative reviews are honest enough to tell the truth give you a much different story:

I recently wrapped up a 2 hour playthrough of Brothers: A Tale of Two Sons. I give the developers full credit for creating some astonishingly beautiful visuals, which truly enable the fairy tale world of the game to come to life. I was swept away by breathtaking vistas of misty valleys and snow-capped mountains, as well as some of the most gorgeous water effects I’ve ever seen in a video game.

That being said, I didn’t find any other aspect of this title to be particularly noteworthy or enjoyable. The puzzles are extremely simplistic and I was never, even for a moment, at loss as to how to proceed. This simplicity might lead one to think that this could be a good game for kids, but the grim tone and surprisingly gruesome middle section quickly put that idea to rest.

The gameplay is some random interactions with the environment, while most of it is exploring and experiencing a story or pretty visuals. Now while you may enjoy these types of products, it doesn’t change the fact that it has bad, boring, and stale gameplay because gameplay was never the focus of the game in the first place. So although these games may have other merits besides gameplay, “visual novel” types of games aren’t games you should buy if you actually want to play a game.

Other notable recent examples include South Park: The Stick of Truth, or Game of Thrones: A Telltale Games Series, and Murdered: Soul Suspect. These games are generally nothing more than TV shows with a limited interaction from the user.

3. It has “Simulator” in the title 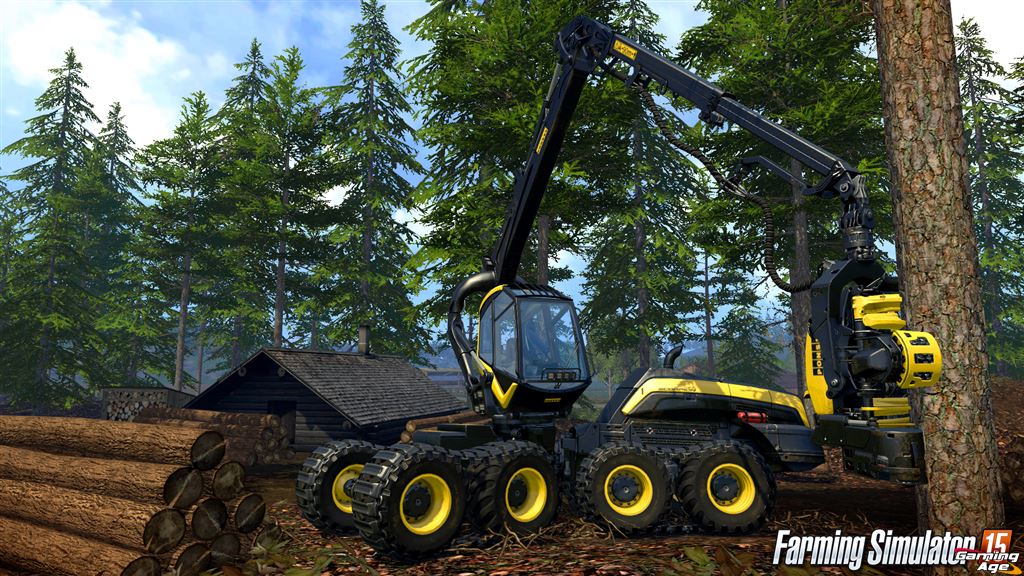 Basically, these games are legos for adults (and kids probably too). I barely even consider these things to be games. Developers who are too lazy to think of an original game concept instead copy the real world and pay some programmers and artists to put it all together, and I have no doubt they cash in.

If you do decide to even think about purchasing these games, make sure you read the negative reviews to see if there is actually any hint of gameplay.

4. It has a number in the title

One of the cardinal truisms of movies, games, and just about anything that’s labeled a sequel with a number: the second is never as good as the first. Almost always, without fail, number sequel games are just rehashed gameplay from the first with different levels. And to top it off, you have tons of fanboys of the first title all claiming the sequel is amazing because it’s just like the first!

Just ignore the hype. If you didn’t like the first you won’t like the games that follow it, and, more importantly, if the developers cannot think of a better title for the game other than to put a number in it, it’s probably not a well thought out game in the first place.

However, this rule is not 100%. A notable counter-example is Baldur’s Gate 2, which despite the number is one of the greatest PC RPG’s of all time. In general, the cautious gamer should approach any game with a number in the title with heavy skepticism.

I have not played a good zombie game since Left 4 Dead 2. Which, incidentally, has a number in the title and breaks the above rule but L4D2 is a cool exception to the rule. Overwhelmingly, zombie is just a codeword for “slow moving targets you need to kill with limited ammo or else you die.” If that’s the kind of gameplay you want, knock yourself out. Like simulator games, if you run a Steam search on zombie you’ll get dozens of pages of results, and these results may not include all the zombie games without zombie in the title. It’s hilarious as it is sad that men continue to purchase this trash.

As we all know from the insane propaganda espoused by most SJW’s, there is no reason why video games must be about some real world issue or cause. Whether it’s fighting depression or cancer, most of these games will be avoided because the average gamer isn’t interested in having fun by trying to experience the most horrible aspects of life. But not all social commentary games are serious, as Goat Simulator has shown. 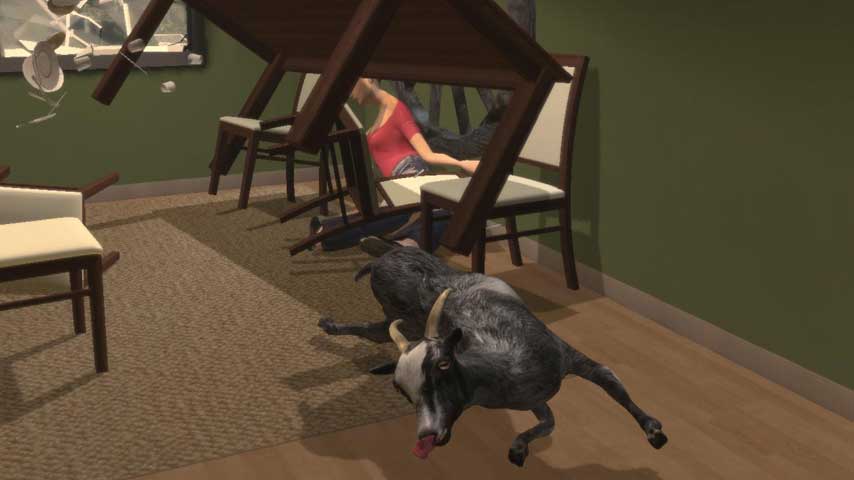 Quite literally a piece of shit game put together in maybe a few months, tops, Goat Simulator was one developer’s way to get back at the gaming community for spending billions of dollars, year after year, on shit titles like all the simulator games mentioned above.

This developer most likely made this game as a statement at how popular games sell like hotcakes despite how little effort the average developer puts into their game, while many great games go unnoticed every year. This same developer was most likely dismayed and let down by humanity as Goat Simulator became a best-selling game on Steam several months in a row. As if gamers could not resist the urge to buy a shit game when they see one, Goat Simulator just may be the proof that anyone can be a video game developer.

I must admit sometimes I will play a game I know is objectively bad, and would fail on my own rating system, but play it anyways because I’ll enjoy it. Also, it’s not necessarily a bad thing that people buy all of these crappy games, as it creates a huge market for which good games may be created in.

That said, for the love of all that is good and holy, stop buying trash games. Give developers an incentive to work for your money! Don’t buy early releases or half-assed trash. Going through the mountains of bad games to find a buried gem has become a true grind nowadays driven by the insatiable demand of gamers for something to cure their ADD. If we all became just a bit more skeptical and choosy with our time, I’m confident it would make the virtual world a better place.

Read Next: 3 Ways Game Reviewers Are Bribed To Lie To You

Dec 30, 2014David Samra
Town of Salem Is The Best Free Browser Game of 2014How Will Oculus Rift Change Gaming?