Home The Roguelike That Saved My Faith In Roguelikes

The Roguelike That Saved My Faith In Roguelikes Finally, a balanced roguelike

The Problem With Roguelikes

Roguelikes are not the kind of game I regularly play, and for good reason. The gameplay of a roguelike is interesting: randomly generated levels and enemies, perma-death of your characters, and tactical turn-based gameplay. Yet these features also create many flaws. Perma-death means beating a game is extremely time-consuming or simply not worth the frustration. You could invest thirty hours into building a character, only to meet an enemy that is stronger than you expected who kills you. After that, thirty hours invested into that character are gone forever and to get back to that point in the game, the player has to start over and redo the entire grind. Not fun.

However, perma-death isn’t the worst problem. The other usual killer of roguelike games is the randomness, which is just a lazy excuse developers use to make the game difficult without actually making clever gameplay that can beat the player. Instead of fighting difficult monsters that can be beaten with intelligence, the game simply randomly generates situations things of varying difficultly until you hit an enemy that is immune to all of your attacks and kills you in one hit. FUN! Perma-death for you, loser. You should have known the game would kill you as soon as you opened that door, noob.

A perfect example of a roguelike that had potential but ultimately fell short was Faster Than Light, which was the roguelike in space, because that game made up for lackluster gameplay with extreme randomness. There’s a planet, do you want to explore it? Oh no, an evil space monster on Planet X ate your crew! Game over noob.

FTL Looked like a cool game until you figured out the best strategy is to die hundreds of times.

So the winning strategy for FTL, and many other roguelikes was actually quite simple even though it was at the same time quite awful. The answer? Kill yourself. That’s right, because every time you died and spawned a new game the world would be randomly re-generated. So you just needed to keep killing yourself until you got one of the best weapons at the start of the game in the starting zones. If you didn’t get a good starting weapon, there was no point in moving onto stage 2 since the difficulty only goes up and the likelihood of finding a good weapon remained the same.

What I’ve described for FTL also applies to beating every roguelike I’ve played: kill yourself until you got a good dice roll at the start. Every roguelike, that is, until I found Dungeonmans.

There’s no way this 16-bit looking game could possibly be good, right? Right…? Without graphics what else is there??

The fact that it has “mans” in the title already piqued my interest since I like masculine games. The manliness did not disappoint but more on that later. Far more impressive, right away, was the gameplay. The creator of Dungeonmans, who apparently started his work back in 2009, definitely has put a lot of thought into the roguelike genre and how to improve upon it’s flaws while keeping the potential of endless randomly generated content alive. Such potential is pretty huge—never playing the same game twice except with a set of constant combat mechanics to pound monsters with.

How does Dungeonmans do it? It fixes the aforementioned universal flaws of roguelikes while keeping the core features of perma-death, randomness, and tactical turn-based gameplay alive. In Dungonmans, death is still permanent. That character goes to the graveyard, never to return.

However, death is not simply a setback in Dungeonmans like it is in so many other roguelikes. That is because every character comes from the Dungeonmans Academy, the university that trains new heros into monster crushing badasses. When a character defeats bosses or finds certain powerful items, he can bring it back to the Academy to upgrade the Academy. Future graduates then keep those upgrades. Additionally, when the characters themselves die, they become spirits trapped within the dungeon they were slain.

I will avenge you, my brother.

If you find their corpse, then you experience a true highlander moment as their old power becomes yours. Depending on the power of your last fallen hero, when you retrieve the corpse your current character will get permanent stat boosts, gold and exp, and even a chance at some of the items the old character had. Thus death, while in most roguelikes is just a way to keep the player from beating the game, is in Dungeonmans a mechanic that helps the player beat the game. Death is not rewarded, but it is not punished either.

Dungeonmans squares the circle by allowing the player to keep some of their progress made with each character, plus rewarding the player if they can reach the corpse of their fallen heroes. Death in Dungeonmans is a core mechanic of the game that creates intermediate objectives on the way to the final boss, since the rewards of retrieving corpses are so powerful.

When you die in Dungeonmans, and you will, you don’t have to feel like you’ve just wasted all your time and progress on one hero and have to start over. Instead, your next hero will still have starting gear and stats, but his starting gear will be slightly upgraded. His stats will have slight boosts, and he will have more potions and scrolls identified so you can use them safely when you find them in dungeons. Going through the starting dungeons is much faster than the first play through. As a result, progress will come, no matter how many times you get owned by the monsters. The game is actually meant to be beaten, unlike most roguelikes that force you to start from scratch every time. It took me about 50 hours to beat this game.

Some dungeons are massive.

Is it true innovation, however? I’m not sure, since there were probably old roguelikes in the past that have had similar mechanics, but Dungeonmans is not simply a great game because of this one feature but because of the overall package. In addition to the way death is expertly handled, the level of overall randomness is not so huge that new zones become impossible challenges. Powerful monsters in secret rooms, while still able to kill your hero, can still be avoided and ran from with the use of good escape items and abilities. Usually when the player dies in Dungeonmans, it is from a careless error. Learning from ones errors and mastering the in-game tactics is enjoyable because the combat system is also very well done.

There are many classes, schools, and skills to learn. You’ve got typical medieval weapons: swords, shields, polearms, bows, and axes. Different classes of armor: heavy, medium, and light. You’ve also have different schools of fighting: necromansers (makes undead monsters to fight for you), rangermans (powerful bow attacks), bannermans (banners with aoe buffs), wizardmans (magic), and the Southern Gentlemans (a unique take on the berserker class). There are also hidden schools you can unlock if you get to a high enough level.

As based on the rating system:

Gameplay — The combat is fun and challenging at the same time. The randomness isn’t overbearing yet you won’t know what to expect behind every door. The death mechanics are fantastic. However, there is a point where you will eventually create a character who is so strong he just snowballs through the game and there’s very little challenge at that point. Also, not every dungeon is good, not every boss is difficult or engaging. Most of the gameplay is awesome though. 40 out of 45.

Controls — Best played with the numpad but there is no way to rebind… yet (probably will be added in future patches). The menus do lack a lot of organization features but it’s not to difficult to find what you’re looking for. That said I did spend a good chunk of time sorting through items. The mouse can also be used but it feels slippery. 18 out of 25.

Graphics — Nothing amazing, but cool artwork. Levels are kinda bland. No animations to the characters except some bumping around and some cool sprite effects. Overall the most neglected part of the game but still perfectly functional. 5 out of 15.

Sound — Each area has it’s own music. The overworld has music that changes halfway through the game. Overall the music gets a bit repetitive and after a few listens you’ll turn it off for your own sound. I will say the few tracks that are provided are good throwbacks to old school Super Nintendo, yet still have full orchestra. I enjoyed the cemetery music very much though. 5 out of 10.

Story — Basically a big joke, it’s all about crushing monsters. The humor of the flavor text is neat, however, and you may find yourself attached to some of your characters. Not zero, but pretty close. 1 out of 5.

Total Score — 69%. Easily the best roguelike I’ve played, at least on the conceptual level. I was pleasantly surprised by this game. Now, if someone ambitious were to take this style of gameplay and flush it out with real production values, you could have one sick-nasty game here.

Hilariously enough, it seems like no game can put the word “man” in the title without being targeted by SJW’s nowadays. True to the sterotype, I found on Steam Dungeonmans community discussion page:

Oh NO! Are there no girls in this game???

If you notice the date on the above post (click to enlarge), it’s from May 27th when the game was still in development. So how did the developer handle the threat of SJW bullshit? By adding female characters, yes, but he refused to take “mans” out of the Dungeonmans. You can also play as a “lady” Dungeonmans, a beast, or simply, “who cares”?

So many gender choices in this game! So progressive!

The fact that the developer basically told the SJWs to fuck-off by purposely half-assing the “gender choices” feature and even making a “who cares” option (seriously), gets a big nod of approval from Reaxxion. Brushing off women’s shit-tests with humor is always one of the best ways to go. People who care about their biological sex in a video game are losers. Indeed after beating the game you get many existential questions only a mans can answer:

The next screen has the answers… too bad I don’t give spoilers. 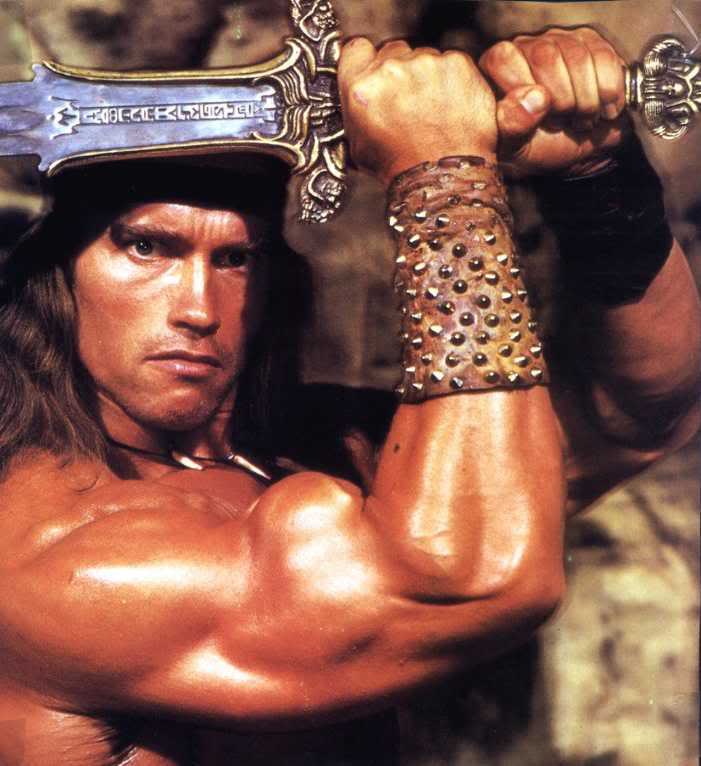 One out of One Conans