Home 3 Dreamcast Titles That Were Ahead of Their Time

3 Dreamcast Titles That Were Ahead of Their Time Don't forget these games!

Many consoles have a long lifespan. Consoles like the PS2 have had official games coming out for it from the year 2000 to the year 2014, yet when you talk about the impact the PS2 had, you have to skirt around the console it suppressed. I’m talking about the Sega Dreamcast—a console that bled Sega out of the home console game completely. The Sega Dreamcast for its time had many revolutionary features that modern gamers take for granted. One of those features would be it’s support for internet connectivity in the late 90’s.

The Sega Dreamcast actively had online games which captivated people. In fact, people are still playing their Dreamcast games on the internet, a whole 15+ years later from it’s North American Launch (9/9/1999), back when broadband was more expensive and dial up was king. The Sega Dreamcast tried to introduce online gaming comparable to home PC’s which cost up to five times the price (home PC’s cost around $1000 for something decent back in those days). The Dreamcast might have been short-lived but it guided gaming to the PS2 era and beyond. Here are the three games from the Dreamcast that were ahead of it’s time: 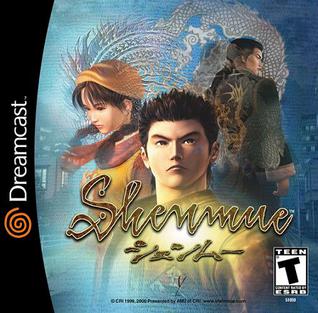 Summary: Shenmue came out in the Year 2000 for the North American region. The game was suppose to come out for the Sega Saturn, a console that preceded the Sega Dreamcast and flopped real hard. The development was pushed back too far in the Sega Saturn’s lifetime. Sega instead told the developers AM2 to make it the “killer app” of there upcoming Dreamcast console.

Shenmue was the sort of game that entices the consuming public to buy a console just to be able to play it. The plot was about a young man (Ryo) returning to his hometown. He starts to investigate the men behind his father’s death. Ryo must question the people around him and his town in an open world mystery.

Impact: I would be lying to you if I said this game had no impact on the video game industry as a whole. This was one of Sega’s most expensive projects (40+ million USD) and it showed. Every character’s lines were voiced. The graphics were on the cutting edge at the time. The media gave it its dues. The game focused on the periphery to make an experience that wouldn’t be replicated until years later.

Even a minor character in the game had a full personality. It was open space gaming before games like GTA 3 even existed. Every decision you make will impact the game. Stuff that is common now in game development with companies like Bioware started with Shenmue. Shenmue as a game made in 2000 still holds up quite well in the gameplay mechanics. It’s a must-own for any fan of open world classics. 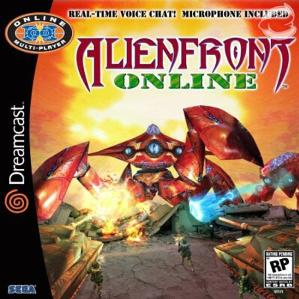 Summary: Alien Front is an Alien vs Human destruction game. You pick a side and shoot it out against the opposing side. You drive big tanks or Aliens who move around in Mech’s trying to kill each other. The game came out in the summer of 2001. A time when most of the developers and Sega knew the console had to be put to sleep.

Impact: This game was no Shenmue in changing the whole game industry with its great gameplay. The full impact was having integrated voice chat before Xbox Live even came out. The developers actually packed a mic with the game so people could talk and play, a feature that was barely seeping in to the PC world at the time. Alien Front never moved big numbers or set the standard incredibly high for it’s genre, yet the developers and Sega took a chance on the future of gaming. I give Alien Front kudos for trying something new.

Summary: Bleem was special software made to emulate Playstation games on the PC. The software designed by the Bleem company also was ported to the Dreamcast. The company focused on porting the emulator to work with specific Playstation games on the Dreamcast. Those games included Gran Turismo 2, Tekken 3, and Metal Gear Solid . The consumer would buy a Bleem disk meant for one of the three games mentioned. The consumer would have to acquire these games which at the time was really easy or previously own a copy of the game.

Since the three games were PS1 best sellers and still on the shelf, they were in many contemporary collections of the time. Bleemcast made them even better than the original PS1 version. The Dreamcast emulated version of these games looked crisper thanks to anti-aliasing technology and were able to be achieve twice the resolution (640×480) of a Playstation game (320×240).

Impact: Bleem was incredibly short lived. Sony Computer company sued Bleem software for emulation of the PS1. Bleem didn’t lose the lawsuit but lawyer fees bankrupted the company. The impact this little David had on the mainstream gaming consensus was big. At the turn of the 21st century, game console emulators weren’t in the mainstream gamer curriculum.

The fact that Bleem was able to go anywhere Dreamcast games were sold was a huge advertisement to the wonders of emulation. Having full displays in Joe gamer’s favorite stores did a lot for the emulation scene. That’s when I learned the wonders of playing games meant for one platform on another, specifically with additions like higher resolution textures, speed control and save state options.

The Dreamcast wasn’t the biggest console nor was it the most powerful. Yet, it holds the heart of many retro gamers for trying new things. Sometimes game companies get complacent and start to stagnate on game development ideas. Game developers should know that we as gamers want to reward them like in the Dreamcast era. I do miss the Dreamcast but it wasn’t the hardware that made it so special—it was the developers willing to introduce gamers to new concept and ideas of what games could be.