Why Men Will Always Need Games

No matter what some pundits will tell you, gaming is a true male phenomenon. I’m not merely talking about video games, but all forms of gaming: gambling, sports, board games, card games, and virtually any type of contest. No matter the type of game, it is overwhelmingly male. Why? That is the first question I seek to address. The second question to ask concerns ethics: “Is gaming good for men?” Once these questions are answered, it is easy to see why men need games.

I believe the answer to the first question is that men have evolved to be gamers, and men as a sex have been faced with unique evolutionary pressures that have selected for men with gaming personalities. To the second question I would also answer in the affirmative, that gaming is indeed good for men, but only in moderation.

Why Is Gaming Dominated By Males?

There can be no honest objection that gaming has been anything except male in 85% of instances. Not only does present day evidence support this claim, but the historical evidence also shows men, no matter the race or culture, love games.

In ancient Egypt, they were playing Aseb, which may have become the precursor to Backgammon:

The Aztecs were playing Pelota: 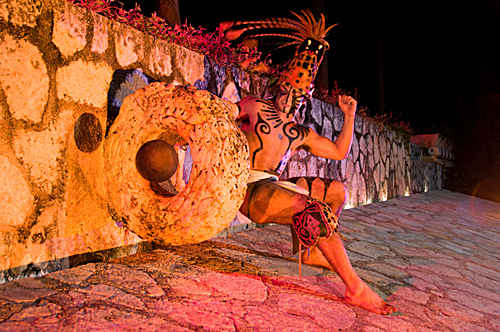 The Chinese were playing Go over 2,500 years ago:

The Greeks were the first to host the Olympics: 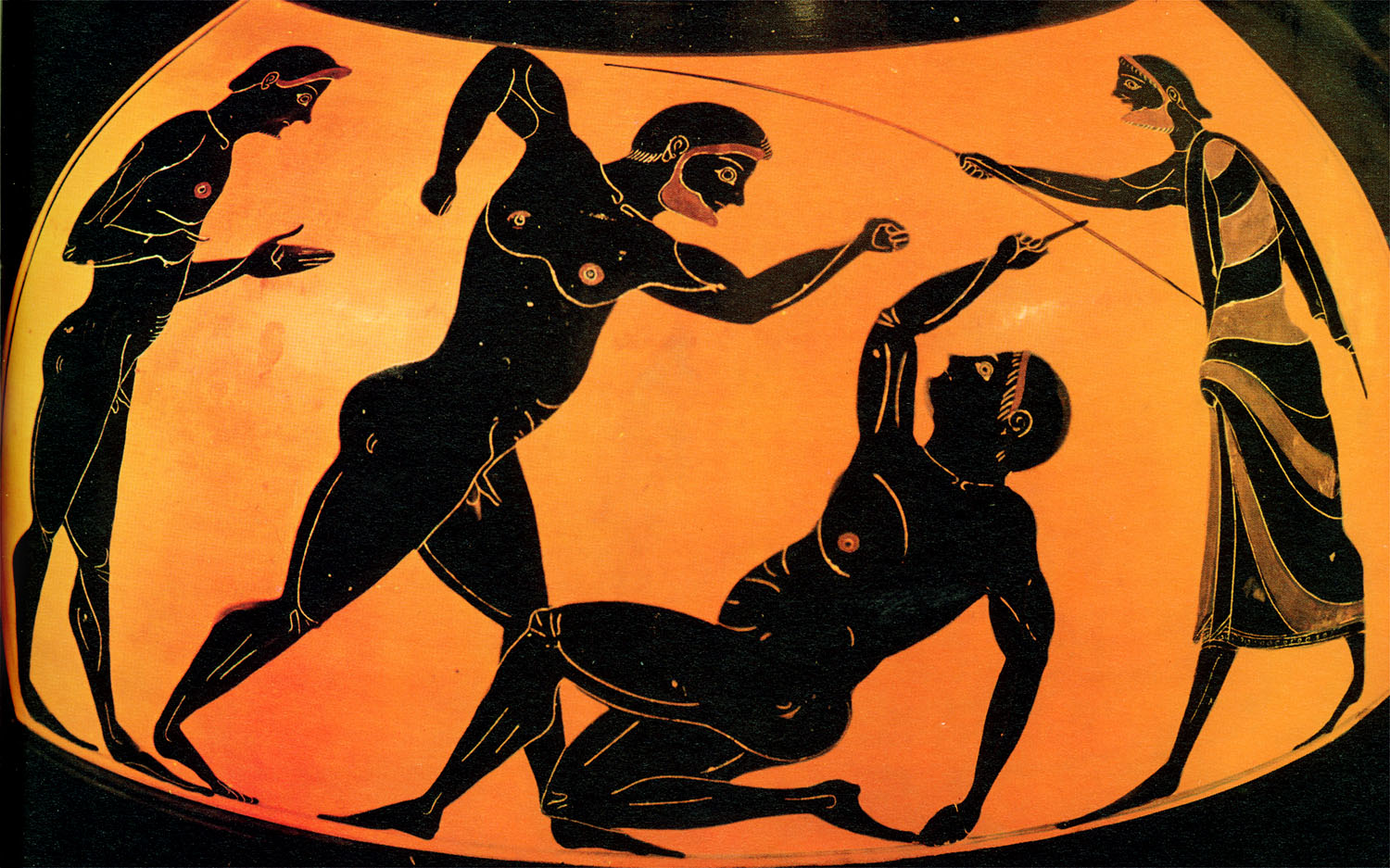 The Romans had their Colosseum:

I could easily show more, but there’s no need to belabor the simple fact of male gaming for quite literally all of recorded history. It is entirely reasonable to believe in light of the evidence that men have been playing games with one another far, far longer than what the surviving historical record can tell us.

So, what causes men to behave this way?

Let us examine the reasons that cannot be true. There is no mass manipulation of men to play games. No one coerces men. No one pays men, aside from top level athletes. But even for athletes, it is other men who are paying the athletes to compete. Thus the only real explanation is entertainment for entertainment’s sake. So the question is now, “Why do men enjoy games?”

The only sufficient possible answer is one of male biology. We know it is not cultural brainwashing that makes men enjoy games, since ancient cultures across the globe have all had their form of gaming entertainment. And again, it is not women who were known to overwhelmingly play these games, so the answer must lay within the confines of male biology. Given with what we know of evolution, the most sensible explanations must involve the fact that the same instincts that make men enjoy gaming are the same instincts that have given them increased survival chances or sexual reproductive success.

The problem with evolutionary theories, of course, is that we cannot know for sure how men evolved over hundreds of thousands of years. But perhaps in the ancient past men would group up and come up with the objectives of finding animal meat for the tribe, killing a large dangerous animal that was threatening the tribe, or seeking to dominate another rival tribe through warfare. Indeed, the very essence of male gaming seems to be it’s social aspect; men do not naturally congregate unless they have a common purpose to unite them. As was in the past, men needed to cooperate to survive, so it is in the present men agree on common objectives and sometimes compete with each other to complete them.

Thus modern gaming, whether it is team based sports, or 1v1 Starcraft, has the same logical principle which defines it—establishing a common goal, and the rules whereby men are to accomplish it. In the ancient past the goals may have been to find and trap large animals, rout the enemy position in order to sack a village, or create large structures and walls to house women and children. We can see how it was the men who were suited to socially organize themselves around objective based behavior which have survived best to the present.

Women did not need to deal with these problems and never developed to the same extent as men. Therefore, most modern gaming is the result of millions of years of evolution exacted upon men to become the social species we are, as most men naturally socialize around common goals, rules, and objectives. The result is that men cannot help themselves but find games irresistible.

Is Gaming Good For Males?

Having established that gaming is something that will be with men for the rest of our existence, the next question to answer in order to prove why men will always need games is whether or not gaming is good for men. After all, just because men have evolved to be disposed to gaming in all of its forms does not necessarily mean men should spend their time doing so.

Indeed, many people have objected to the obsessive nature men have with games, and pointed out the serious problems that can develop as a result. Men who enjoy gambling, for example, can waste their hard earned savings. Men who enjoy sports sometimes become violent and angry when their team loses. Men who play video games can become social shut-ins, neglect their physical health, and run away from real world responsibilities. I admit that gaming in excess is a bad thing, but only superficially is it such a bad thing.

To illustrate why these concerns are superficial, we need to do a thought experiment. Suppose what it would be like to live in an age of super abundance. Imagine living a world where nanobots could construct, at no cost, anything you desire so long as it did not do serious damage to another human or the environment. Imagine that this world had no money, no serious social issues, and even for the sake of argument lets imagine that medical science had advanced so much that most people could expect to live for a thousand years or more. Overcrowding isn’t an issue as humans have developed ways to live anywhere from the deep sea to deep space.

I contend that in such a utopia of having all basic human needs met, men would only do four things: pursue romantic relationships, create art, perfect their mind and body, and play games. The reasons are simple enough—men need sex and love, men will always want to create things if only to sate the imagination, some men will want to train their minds and bodies lest they waste away, and finally they will play games because is it one of the primary ways men can enjoyably socialize, as strangers, over a common activity without any coercion or manipulation. 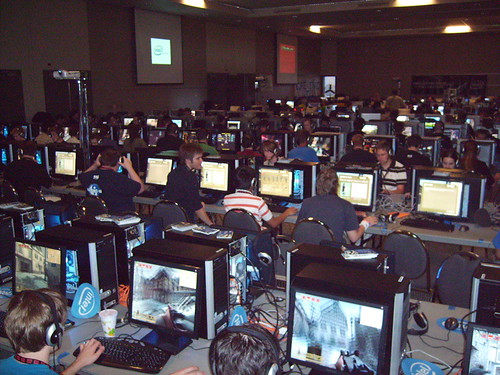 This thought experiment proves the superiority of gaming. Gaming is a simple pleasure that exists independently of the real world, for better or worse, since men can enjoy games no matter what else is going on. What critics call “escapism” is merely nothing more than the greatness of men being able to enjoy their own minds through the creative imagination of game developers, in a social or asocial context.

Still, we do not live in anything close to a utopia. We must tend to the realities of everyday life. We must labor and struggle with one another because this world is anything but perfect. So all gaming must be done in moderation, because to neglect the real world is suicide. But once the real-world necessities are met and after we each have made our individual contributions to human progress, enjoying the extra leisure time with a good game is truly one of the great pleasures of life.

In contradistinction to the critics who argue that gaming is vulgar, plebeian, and shallow, gaming is in fact the opposite and represents one of the highest forms of human male expression. And so I can confidently say, men will always need games.

Nov 18, 2014David Samra
Every Gamer Owes It To Themselves To Play Demon's CrestI’m The Asshole Who Ruined Your Gaming Experience